IMOGEN MANN is a writer who grew up in rural Somerset, England surrounded by a broad palette of wildlife, sports and the arts. 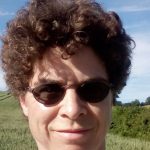 She gained her Bachelor’s Degree from the University of Roehampton and then received her Master’s Degree in Air Transport Management from Cranfield University’s elite College of Aeronautics. She later earned further postgraduate qualifications in law and was admitted as a Solicitor of the Supreme Court in 2007. With professional backgrounds in aviation journalism, airline management and legal practice, coupled with her own expertise as a livestock farmer, Imogen is fascinated by the evolving role that technology, especially unmanned flight, plays in sustainable and ethical food production.

The latest from Imogen